Clifton Hall House is a magnificent plantation home which boasts a unique historical legacy. The Great House of Clifton Hall Plantation, Clifton Hall House was first mentioned in historical times in a mortgage recorded in 1656 when it then belonged to Prince Ferdinand Paleologus. A descendant of Greek royalty, Prince Ferdinand was buried just one half mile from the house at St. John's Church. Having immigrated to Barbados after fighting for the Royalists during the Civil war in Cromwell's time, Prince Ferdinand brought the name Clifton Hall with him from his birthplace in Cornwall, England.The property was later acquired in 1800 by the Haynes family who had owned many plantation houses in Barbados at the time. Built of coral stone, the Great House was completed in 1810. The house was then passed down through the Haynes family until the last of the line died in 1976 leaving no direct heirs. The house along with about 4 acres of land was eventually separated from the plantation house by a distant relative. In 1979 the house was bought by Mr. and Mrs. Peter Morgan since then the new owners have restored the house to what it is today.
In 2009, the energetic couple bought Clifton Hall and for three years restored the house and the grounds. All rooms , including the seven bedrooms, have been completely renovated, and en suite bathrooms have been installed in all but one bedroom. The stables were converted to a cottage and the servants quarters were merged into a sprawling media room, with a patio added to the rear. In addition the gardens have been revived and a stone path now leads around an orchard of over 250 fruit trees.
Situated about 800 feet above the East Coast of Barbados, the property is a quick 5 minute drive to the beautiful stretch of white sands known as Bath Beach. A relatively quiet beach, Bath is only heavily occupied by Barbadians around holidays.The constant, year round Easterly breezes cool the property daily negating any need whatsoever for air conditioning. The property harbours no other insects than the firefly which light up tranquil evenings that can be spent lounging outside. A unique feature of any home, hardly found in Barbados, are the two fireplaces, in the kitchen and outside sitting room, which give added warmth to the home during the winter months which do tend to get a bit chilly on the island.The two-storey home has large rooms and elevated ceilings. The dining room, living room, and office/study can be found on the ground floor.
Rent includes Garden Maintenance
Interested in other properties for sale or rent in Barbados Realtors Limited real estate portfolio features properties in many of Barbados top West Coast developments such as Sandy Lane Estate, Royal Westmoreland, Port Ferdinand, St. Peters Bay and Port St. Charles. On the South Coast of the island The Condominiums at Palm Beach, Sapphire Beach, The Sands, Rockley Resort and Harmony Hall Green offer great investment potential.  Whether you are looking for Beachfront or Inland, Condominium or House / Villa, the Realtors Limited sales team is here to ensure you purchase the perfect slice of Caribbean paradise.

Enquire About This Property

Your enquiry is sent directly to the realtor.
All enquiries are monitored for spam.
Tweet

Add/Remove to My Shortlist
Report Property

The Pine near Belleville 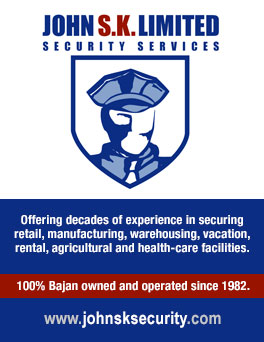 Prefer to search on a map? 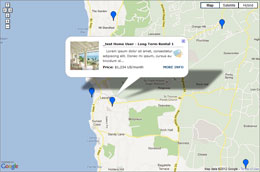 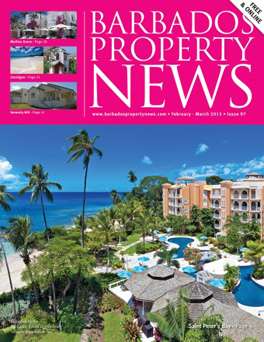